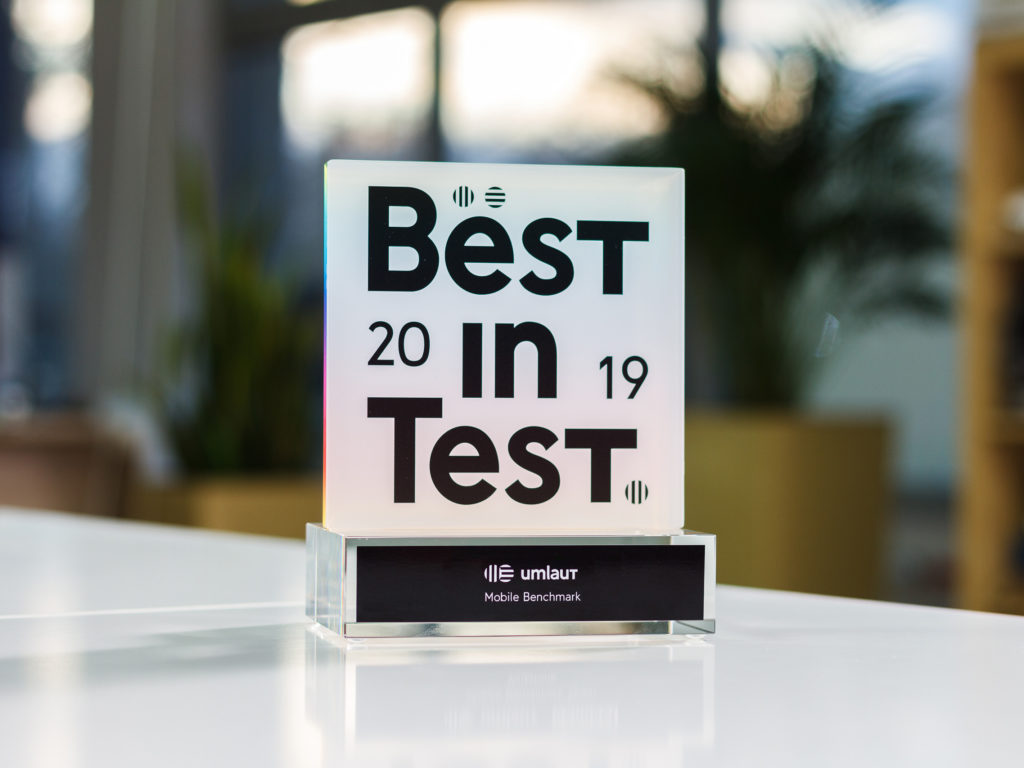 Verizon adds something on top in the umlaut Mobile Benchmark 2019

2019/12/20 - With a new highest score ever measured by umlaut in the Americas, Verizon once again takes the lead being Best in Test.

AACHEN: December 20, 2019 - umlaut (former P3), the globally operating company, has again analyzed the mobile networks of the USA with regards to mobile coverage and performance quality. Today, the results are made public. The umlaut Mobile Benchmark USA evaluates the four mobile networks AT&T, Sprint, T-Mobile and Verizon. Verizon is Best in Test. The analysis shows that Verizon adds 13 dots on top compared to the last benchmark and achieves the strongest score overall with 946 out of a maximum of 1,000 dots in Crowdsourced Quality. This is the highest score of any US wireless network provider in the last 10 years of umlaut network tests. Verizon also provides the best rated Coverage for Voice, the best rated Coverage for Data as well as the best rated Coverage for 4G in the USA.

The new Best in Test certificate of umlaut is the first one published in the US after rebranding its certificates based on the umlaut Mobile Benchmarks, which the company conducts in more than 120 countries worldwide. Certified operators can as of now utilize the umlaut certificates which replace the P3 Certificates.

Hakan Ekmen, CEO Telecommunication at umlaut, says: “Congratulations to Verizon being Best in test the fifth time in a row. Our network tests, the ‘umlaut Mobile Benchmarks’, continue, but with a new face. They are the de-facto industry standard. Our top priority is to fairly and transparently assess the global digital infrastructure, to push their quality and performance with our benchmarks. This is proven by Verizon adding something on top with the highest score ever in the US and Americas.”

Since October 25, 2019 umlaut has been operating under its new name. The umlaut Mobile Benchmarks are based on the company’s independent methodology which is acknowledged as the global de-facto industry standard assuring a fair, transparent and neutral evaluation of the networks. The resulting certificates and reports provide a unique measure for management and supervisory boards to compare their networks with others, and a measure for customer experience.

In the US, applying the umlaut methodology, a thorough crowd-based analysis was conducted over a period of six months - from week 24 to week 47 in 2019 - across the whole country. The analysis was based on 66.4 billion samples collected from 3.7 million users in 99.4 percent of the populated urban area and in 88.7 percent of the populated non-urban area throughout the US. It considers the challenges mobile operators face with such a vast country.

With a score of 946 out of a maximum of 1,000 dots, Verizon is ‘Best in Test’ achieving the strongest score overall, while providing the best Voice and Data Coverage, as well as best rated Coverage for 4G. T-Mobile ranks second with 903 dots with the best rated user Download and Upload Speed. Sprint follows with an overall score of 869 dots and achieves the best score for Data Service Availability. AT&T ranks fourth with only 3 dots distance and an overall score of 866 dots.

The next umlaut Mobile Benchmark for the United States will be conducted in 2020.