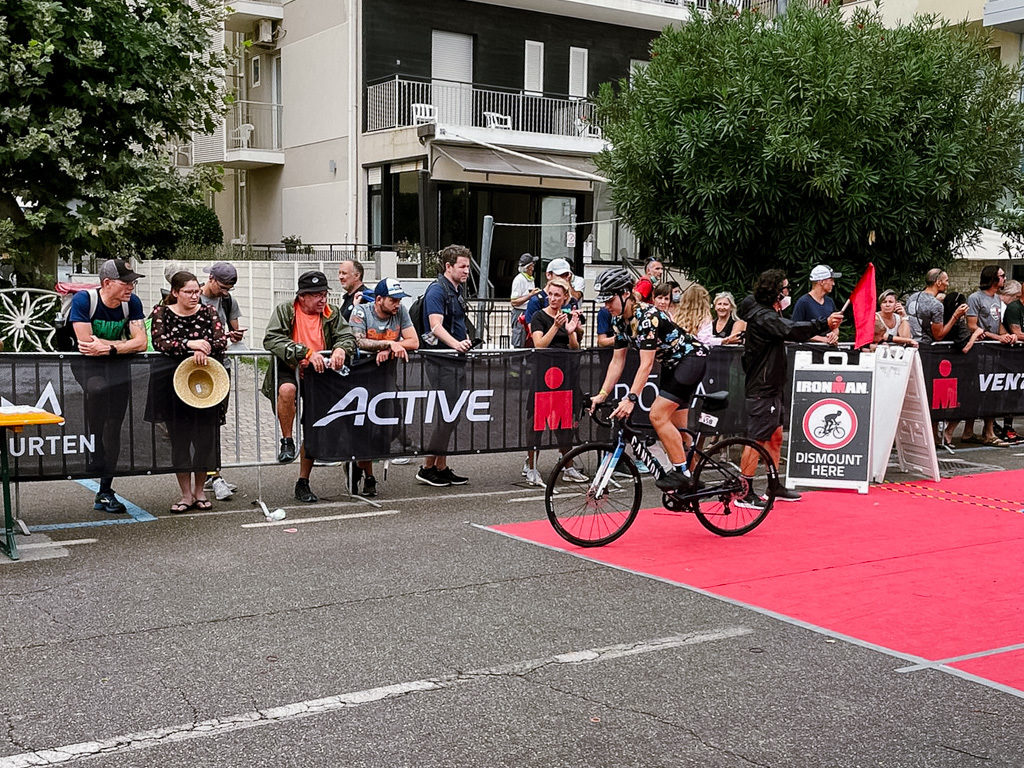 The best tools for the worst-case scenario

Test Engineer Sara Stöhr is prepared for everything: from stubborn electric cars to rain showers at the Ironman. Where do you learn to be like that? From life.

Sara Stöhr slips on her running shoes as rain clouds gather over the beach promenade in Cervia, Italy. So far, the race has gone well for her: A 1.8-kilometre swim in the warm 22-degree Adriatic Sea, then a 90-kilometre bike ride through the Po Valley. She had already struggled up a good 200 metres of incline to the village of Bertinoro, chancing a sideways glance, once at the top, over the multi-coloured roof tiles in the valley below, and at the sea in the distance. Then the descent, much faster than expected, as the timepiece on her wrist revealed. But then came the rain! A heavy shower pelted the streets, soaking the Ironman novice shortly before the transition area, just at the beginning of the final race. There were still 20 kilometres ahead of her. 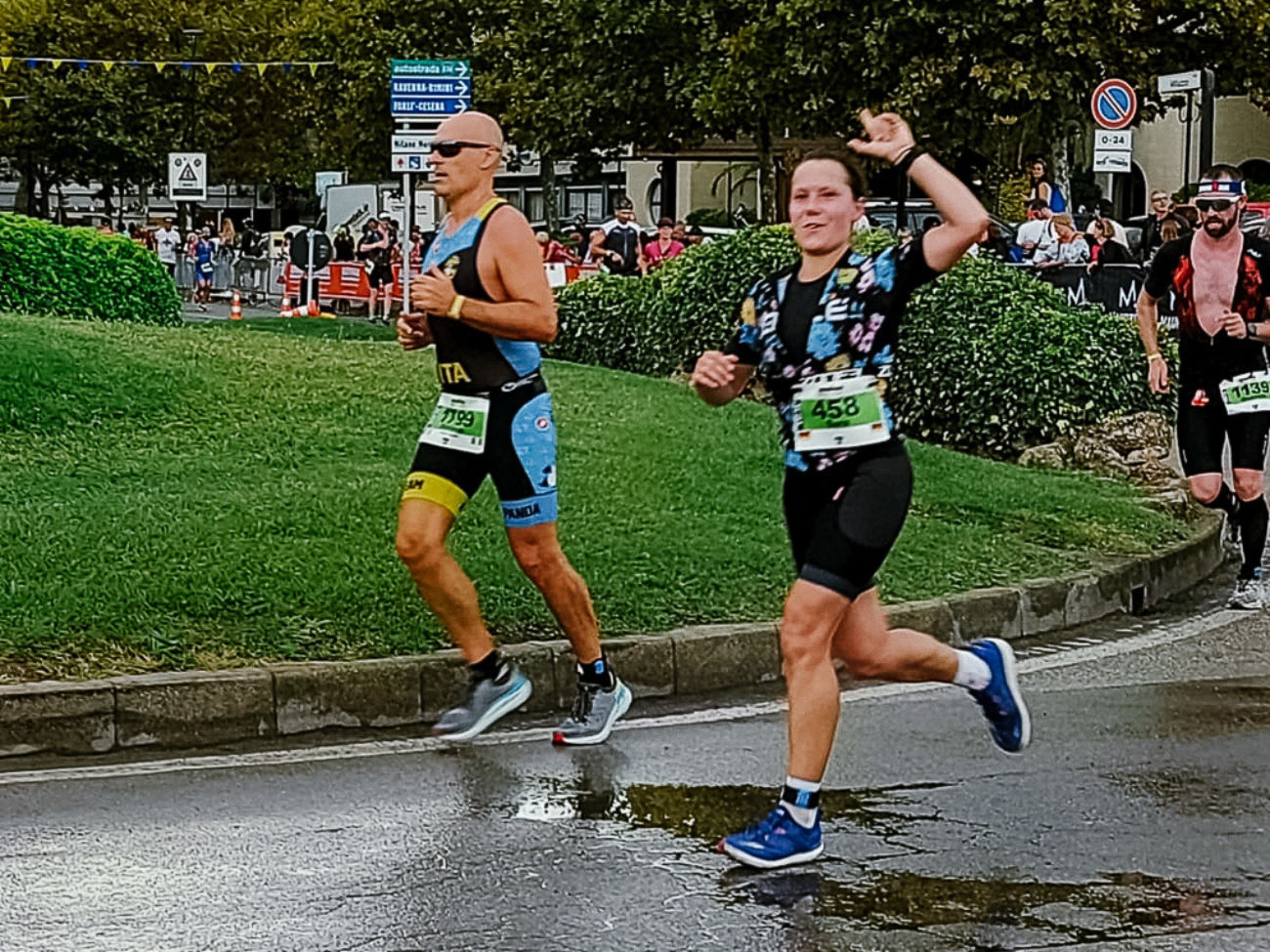 'That was the worst-case scenario', says Sara a few days later sitting in her kitchen in Stuttgart – which sounds a bit ironic, because this ‘worst-case scenario’ is actually everyday life for the 30-year-old engineer. At umlaut she tests electronic control unit functions in electric cars. The main issue here is what can go wrong. An example to help us understand this: for an electric car to start, it should be switched on, gear 'D' for 'Drive' engaged and the handbrake released. 'Fault condition one would then be: handbrake still engaged. Fault two: gear not in. Fault three: everything is correct, but the car is still off.' It’s her job to formulate such scenarios for the software. However, in much more complex contexts.

Something that looks like a flow chart unfolds on her monitor. 'A function definition based on graphical programming', explains Sara. The branches of the diagram are so intricate that she often likes to project them on the television on the wall opposite. It's about range optimisation for longer distances: when is it most worthwhile to charge in order to get from A to B as quickly as possible? An important issue. ‘Range Anxiety’ is still a widespread concern when buying electric vehicles, i.e. the fear of not reaching your destination in an electric car. Smart software offers ways out of this and at the same time optimises the charging time. 'For example, I don't have to charge my e-car fully to get on the road, but after 100 kilometres I charge - let's say - to 47 percent at a normal power outlet and just before the end of my trip, I charge another 22 percent at a fast-charging station, so that the electricity lasts exactly until I arrive,' Sara explains.

A youth spent in the fumes of 2-stroke engines

She sends her code-based test cases from her laptop at home via a secure connection to the test lab at the umlaut offices in Stuttgart. However, it is not an electric car that receives them at the test lab, more of a kind of well-ventilated server cabinet. This 'hardware-in-the-loop' setup, or HiL for short, serves as a simulation environment and is modelled on the real environment of the system. Physically, only the control unit to be tested is present. After successful compilation, this receives the code to be executed via the interface. 'I actually only open the cabinet when a new control unit is installed or a USB slot is not working,' says Sara. Otherwise, she can work from whereever the Internet is fast enough. Usually, it’s her flat in Stuttgart that she shares with her partner. She either writes code sitting on a bench in the kitchen or at her self-built standing desk in a small room under the sloping roof, which she laughingly calls the ‘pain cave’. Weights, a sling trainer and a bike trainer are stored there so that she can do a few kilometres after work whilst staying dry.

The penchant for extreme sports runs in the Stöhr family, as does love of ambitious tinkering. Sara spent the weekends of her youth amidst the fumes of 2-stroke engines. Her father rode motocross and it was easy to attract his tech-savvy daughter to the sport. 'Friday was the day to pack the van up', as Sara explains: 'toolbox, lubricant, petrol can and a second set of tyres. Then loading up the motorbikes to race through the mud on the club grounds of some provincial club.' At school she was fascinated by maths and physics, and it was in the workshop at home she learned about life: 'Both my parents worked and, being an impatient child, I had to solve a lot of problems myself.'

From Hamburg to Amsterdam on a fixie

Had it not worked out with the engineering degree from Stuttgart, says Sara, then she’d probably be a mechanic today. She spent her free time around her studies building a formula vehicle. 'During that time, we didn’t really see much daylight', says Sara. The workshop at her university was in the basement. With a core team of just 12 people, she built her own racing car. 'I met so many amazing people there - and also took a great deal away with me.' How an engine test bench is set up, how it must be mounted in order to cushion vibrations correctly, is something that can only be found partly in a textbook.

'Most things you only understand by doing', says Sara - a sentence that also applies to running a half marathon in the rain: 'I ate too late and then fell into a bit of a hole during the first kilometres.' She had actually planned exactly when she would take the four carbohydrate gels from her bag: one in the transition area, one after 5 kilometres, one after seven and one after fifteen. 'But rain cools your body down and uses more energy', says Sara. What she’s learnt for the next run: 'If that happens, get some real food inside right away'. 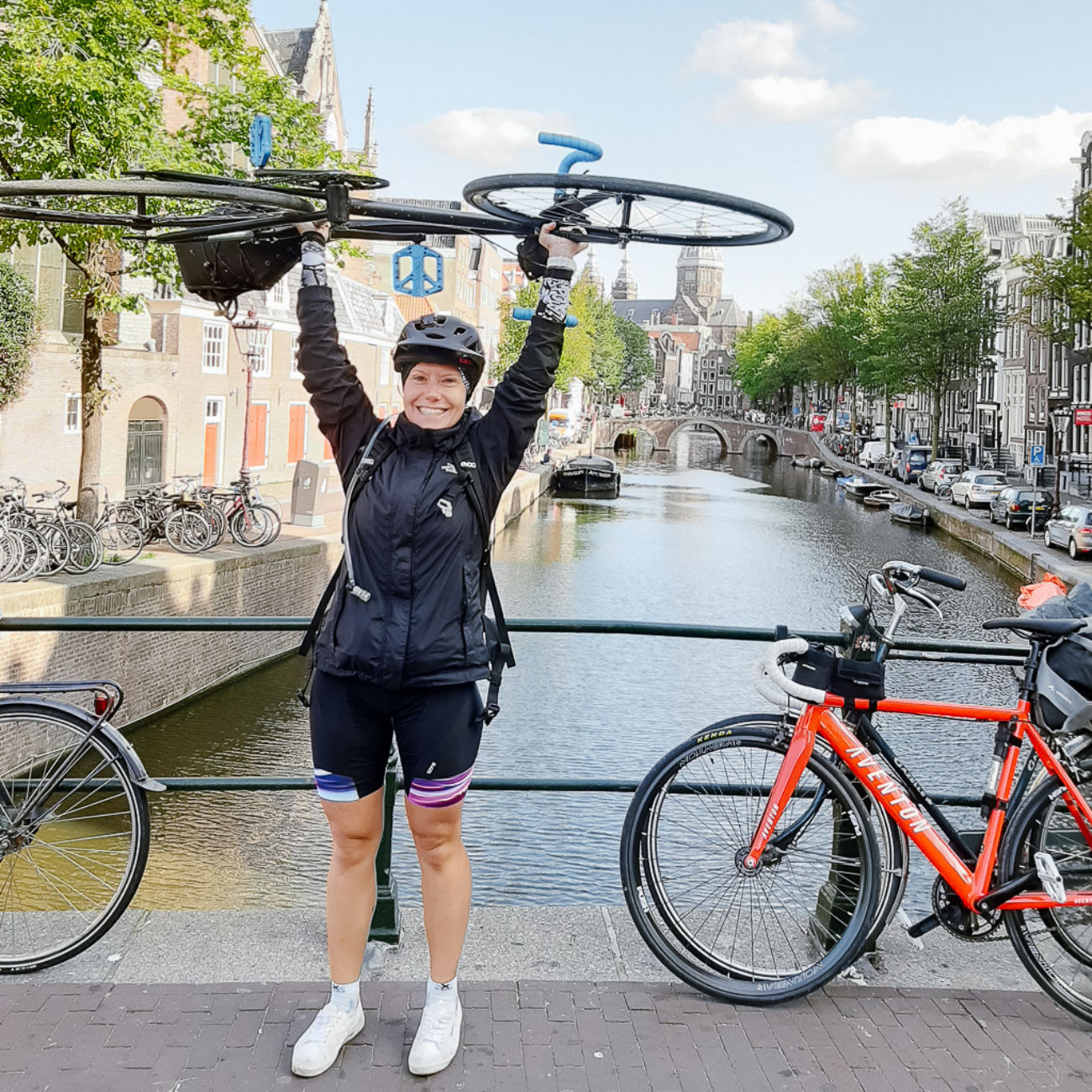 Sara: “Driving around in a car with a combustion engine for fun - despite all my enthusiasm for the technology - is simply no longer something that sits well with me.”

The fact that she’s all about triathlons today instead of motorsport is mainly due to her environmental conscience, explains Sara. Her enthusiasm for cars with combustion engines waned as her awareness of the environment grew. 'Driving around in a car with a combustion engine for fun - despite all my enthusiasm for the technology - is simply no longer something that sits well with me.' She’d rather put on her bike helmet and get on her fixie bike at the weekend instead. Her last tour took her from Hamburg to Amsterdam. The realisation after 145 kilometres? 'There's still more to go!' 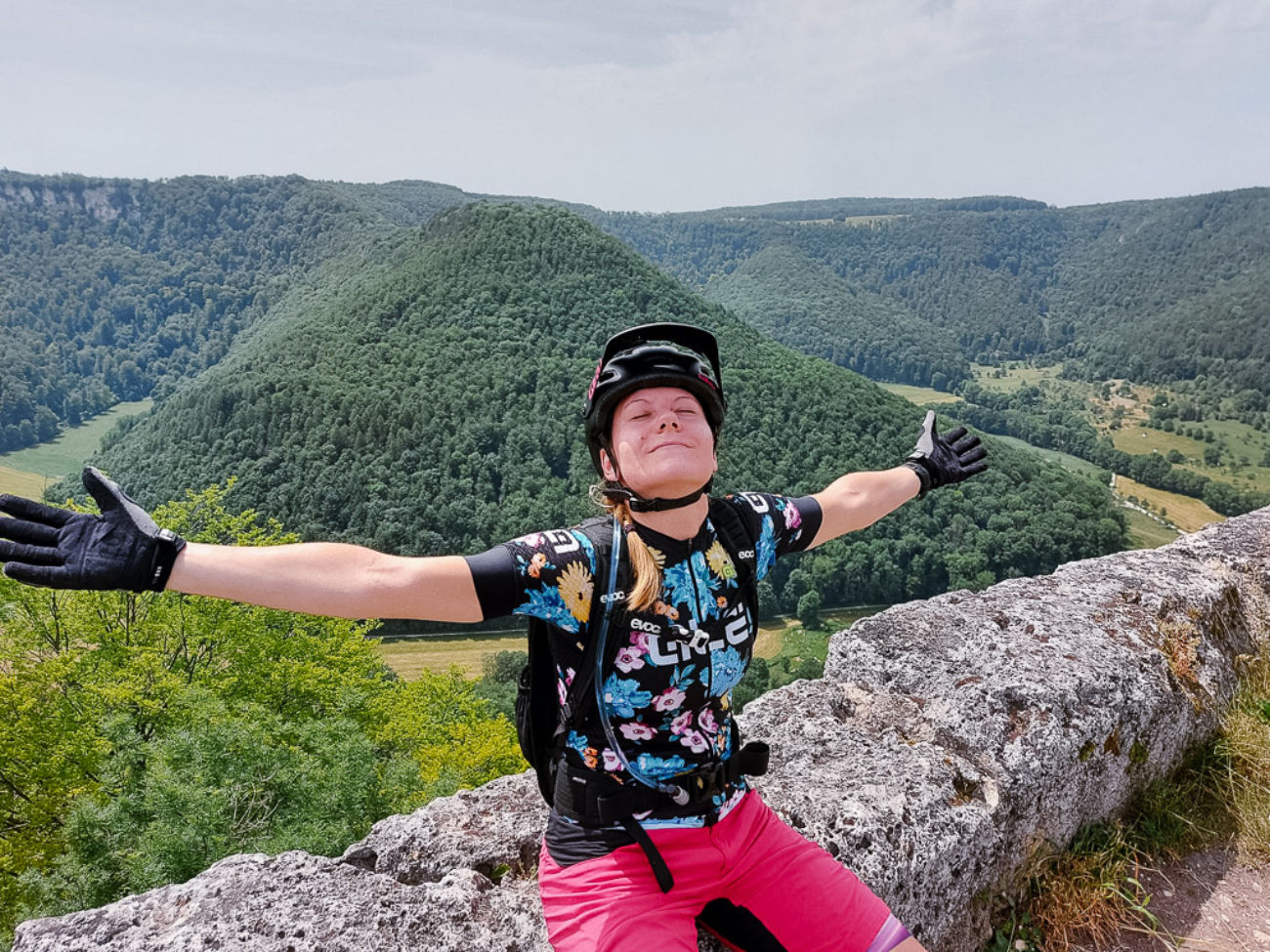 Find out more about our people.