'Rescuing people is a family affair'

A small, blue superhero with blond hair and a red cape rises into the air. Together with the words “SUPER DAD”, it adorns the "watch mug" of Guido Kühler, 50, from Aachen. At just after 7 a.m., the family man and emergency paramedic fills up on coffee before his 24-hour shift in the ambulance service begins.

'The rescue service is like a family. It’s also jokes and fun. It’s a lot of time spent together. The handover at the coffee table in the morning is very important,' says the native Rhinelander. At 7:30 a.m., he takes over the watch for 24 hours together with his team partner and colleagues. All the vehicle crews gather together in the hall, where the most important information and special features about the shift or current construction sites are given. Then, the vehicles are checked.

The ambulance is inspected: the equipment and medicines are checked and refilled, and the Telenotarzt's technology tested. For this, Guido makes a test emergency call and checks with the Telenotarzt whether the camera in the ambulance, the smartphone for transmitting photos, e.g. of the scene, doctor‘s letters and medication list, peeqBox and the data transfer of ECG and oxygen saturation all work. 'I then disinfect all contact surfaces,' he says. The only thing missing is a yellow box, which Guido stows in the cockpit.

... and testing the Telenotarzt's technology.

In it he stores a chocolate bar, a tourniquet for binding amputation injuries, a few pens and a small notebook. 'When they see the box, my colleagues soon realise I’m on duty, even if the ambulance is parked elsewhere,' says Guido. Since 2004, he has used it to make a note of all the incidents during his shift: location, time, incident number and whether it was an “emergency 1” without or an “emergency 2” with ground-based emergency medical assistance. Along with a note on the diagnosis. 'It's all in the ambulance patient records, but it helps me remember more quickly when I have questions,' he says.

He will be called out 11 times that day, as it says later in his notes. Seventy-five ambulances in Germany currently use umlaut‘s Telenotarzt technology. On board, Guido is accompanied by a paramedic, a trainee and, at the push of a button, the Telenotarzt.

Guido and his colleagues have used a Telenotarzt from umlaut for more than 30,000 calls since the firm was founded in 2014. 'The control centre mainly sends us to calls that, at first glance, don‘t really require an emergency doctor on site. This way, if an emergency happens at the same time and the emergency doctor is needed on site, he isn’t hindered.' One classic case history here is acute coronary syndrome (ACS), a range of cardiovascular conditions. Or renal colic. 'An emergency doctor always used to be called out. If everyone was busy, they called the neighbouring district. These days, we usually handle things with the Telenotarzt,' Guido says.

The book "De reis van mijn leven" by Dutch radio icon Lex Harding is in the station break room. Guido speaks fluent Dutch and likes to read between alarms when he can. 'The Journey of My Life is a beautiful story about a father who spends a long time with his grown-up sons for the first time. I’ve been in the emergency services for 29 years, so the title suits me well,' Guido says. He was a volunteer volunteer paramedic and medical technician for a few years before joining full-time as a paramedic in 1998.

Further training as a teaching paramedic then followed so he could train colleagues in the Benelux tri-border region. When the job profile changed to emergency paramedic, Guido took the supplementary exam in 2019. 'This means I’ve done all the current rescue service training,' he says.

Guido first came into contact with the Telenotarzt at the Aixtra simulation centre of the RWTH Aachen University Hospital in 2006. Even before the EU-subsidised research projects “Med-on-@ix” and “TemRas” started, rescue situations in which he was given the chance to link up to an emergency doctor by radio were simulated here. 'There was a high-tech simulation manikin in the room that could speak remotely, among other things. The new challenge for me was to communicate and describe what was happening via a handheld radio to the doctor who was sitting two rooms away,' says Guido.

He compares it to scenes from the US TV series ”Emergency!“. 'Those were my first impressions of such possibilities. Obtaining approval for invasive measures hadn’t been possible in Germany until then,' he says.

Conveying what you see

In January 2021, paragraph 2a of the Emergency Paramedic Act was amended. Until the arrival of the emergency doctor or the start of further medical care, including remote medical care, emergency paramedics are now allowed to carry out “curative measures of an invasive nature” on their own responsibility to avert danger to life or significant consequential damage to the patient. 'This is the competence we’ve been struggling for in Germany for years. I’m pleased we’re awakening from the powerlessness of being unable to act in an emergency thanks to the Telenotarzt,' Guido says.

When he prepares new teams to work with the Telenotarzt in training sessions, it's also a matter of media education: 'It’s a bit like explaining TikTok to a dad. There’s an initial fear of having to learn even more. But that gives way as soon as teams start working with it,' he says. Conveying what you see – that sounds easier than it sometimes is.

In an emergency, detailed consultations are essential. The standards for them were first established during Guido‘s working life. Over time, phone dialogues like 'The Telenotarzt is listening!' became 'Hey Guido, what can I do for you?'

'When we take the case history, we work with so-called mnemonics based on letters like “ABCDE”, which we can use to quickly assess the patients in the team today,' says Guido. What is said is reduced to what is most necessary and understandable. 'The Telenotarzt speaks as little as possible and asks as much as necessary.'

The team grows closer together with every call-out. In his years as a paramedic and emergency medical technician, Guido has often come across turf wars between those responsible in the rescue chain. It is a benefit of remote medicine that these divides are increasingly being overcome, he says. 'Today, our paramedics can easily place IVs, read ECGs and prepare medications. If there is any uncertainty, the Telenotarzt helps us out.'

The leap of faith and the expansion of skills, as well as working with digital tools, make the job better than ever for him. Recently, Guido received a new yellow box from his colleagues, signed on the outside and filled with provisions for the next call-outs 'Rescuing people is a family affair, you see.' 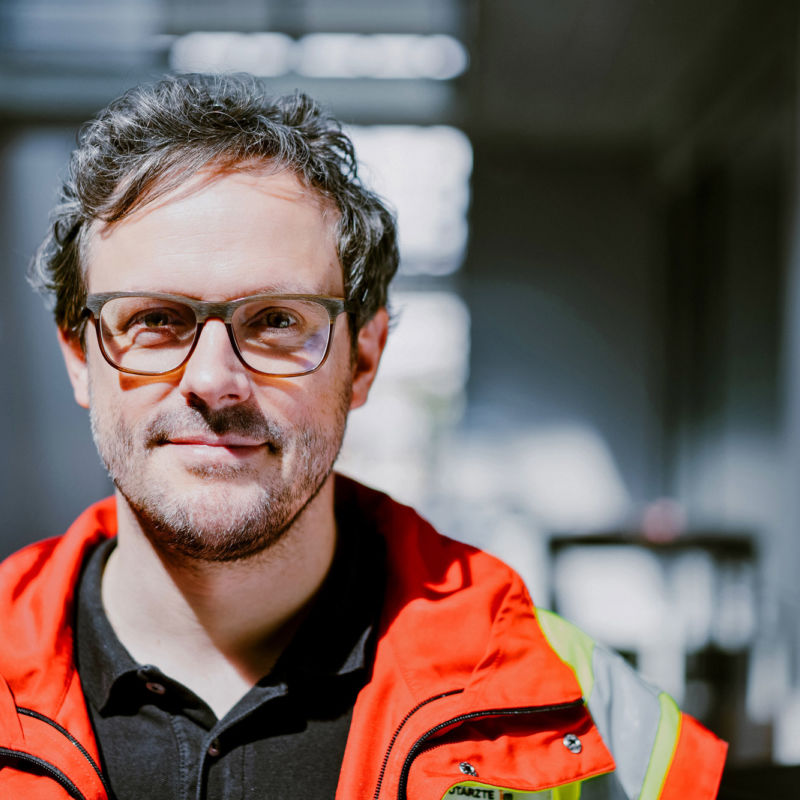 On the island of Hooge at the push of a button 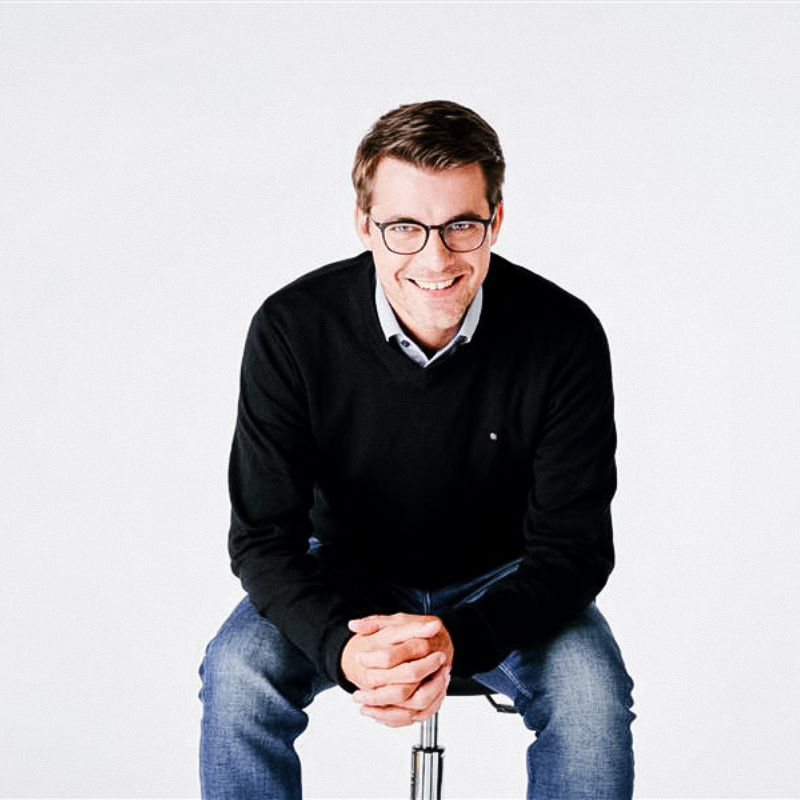 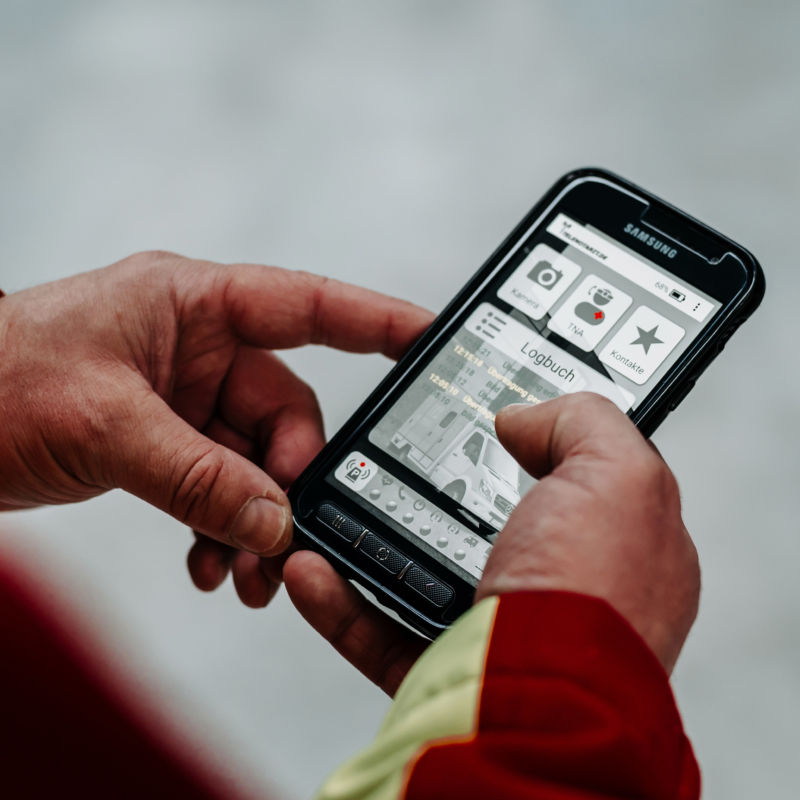 'When emergency doctors are saving lives, UX can help'

umlaut expert Teresa Brell on the opportunities presented by good UX in the healthcare sector – and the responsibilities of manufacturers of medical devices.

umlaut expert Teresa Brell on the opportunities presented by good UX in the healthcare sector – and the responsibilities of manufacturers of medical devices. 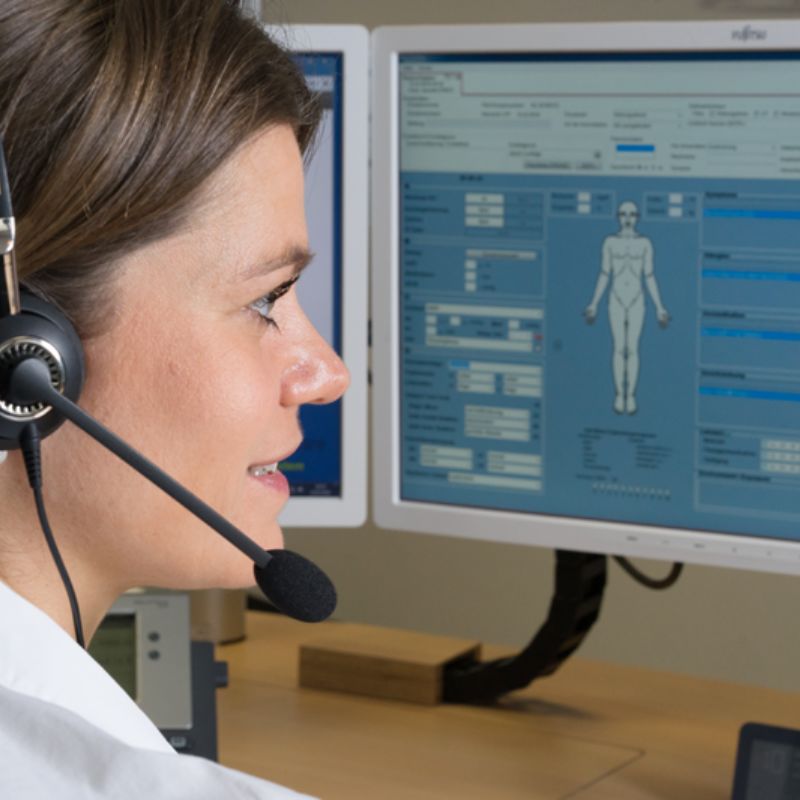