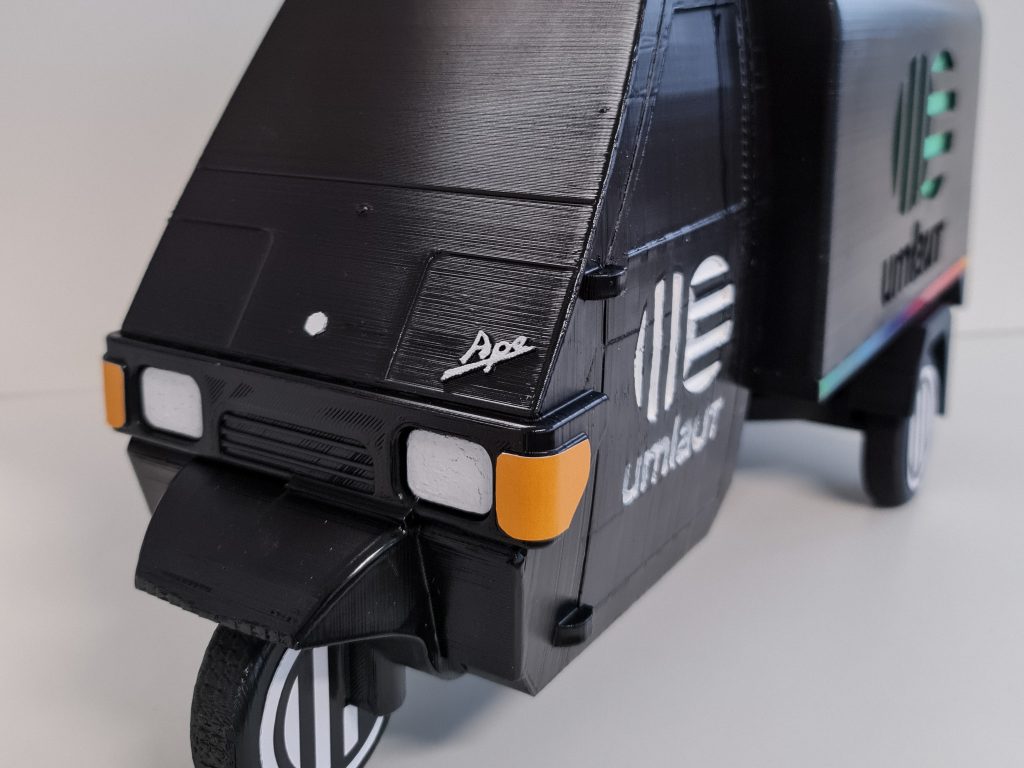 Small, versatile and highly practical, the three-wheeled Piaggio Ape is an unmistakable classic. Launched in 1948, it has long been used by businesses around the world for everything from deliveries to mobile food stands and trash collection. Often seen buzzing around busy city streets, the Ape (Italian for ‘bee’) is well suited to electric propulsion – time for an experiment, thought the umlaut e-mobility team, to see whether the cult vehicle could be adapted into a more sustainable mode of transport.

“So, we opened up the floor to students in the Braunschweig area: Who was interested in converting an old combustion engine-powered Ape into a cutting-edge electric urban vehicle?” says umlaut e-mobility manager Daniel Gacek.

The project is part of umlaut’s student partnership program (HS-Koop) in which umlaut collaborates with universities across Germany on a range of projects connected to its business. The aim is to show people what they can do away from the classroom as well as attract young talent to umlaut.

The HS-Koop, which is overseeing the e-Ape project, selected three students to transform the three-wheeler: electrical engineering students Ozan Yildirim and Julian Garthoff, as well as mechanical engineering undergraduate Jakob Michel. They were each assigned a specific part of the conversion, which formed the basis of their individual thesis projects.

“Academic thesis projects are often quite specific – you have to focus on a very narrow topic,” says Ozan. “For us, this was a great opportunity to tackle a hands-on, technical project and work on an entire vehicle to get a feel for the bigger picture. You don’t get many opportunities like that at OEMs.”

The team’s first task was to find the right vehicle. They trawled the second-hand market before settling on a 1981 model with a 50cc engine.

“Then we outlined the vehicle we wanted to create,” says Jakob. “The goal was to build a modern, fully electric, street-legal Ape with a range of 50 kilometers-plus.” Once completed it would serve as an eye-catching project to present at trade shows.

To get an idea of what the finished product would look like, the students used a 3D printer to make a 1:8 model of the e-Ape. Once they’d created their vision it was time to make it a reality.

First, they dismantled the vehicle. “Despite being 40 years old, the bodywork was in good condition,” says Julian. “Although we soon saw how dated some of the technical parts were!”

With the first step complete, the trio then started to build their respective parts: Ozan developed the power train, Julian a modern charging system, and Jakob an in-house, state of the art battery.

They soon ran into their first challenge: Like many other sectors around the world, the umlaut team had to deal with supply chain delays and rising prices following the Covid-19 pandemic. This meant finding available materials that fit the budget was harder than expected. But the team persevered and after plenty of research and a little patience, things began to take off.

Currently, the e-Ape is around two-thirds complete, although it has already completed several short journeys in the large hall that umlaut uses as its battery test area in Braunschweig. There are several finishing touches still to be added, including solar panels on the roof and an espresso machine on the back to keep its admirers entertained and refreshed. Then the e-Ape will head off to be tested and certified by TÜV to ensure it’s street-legal.

The three students say they have already learned a huge amount during the months of work on the vehicle. “We had a lot of freedom to take on responsibility and make our own decisions. This really feels like our project,” says Julian. That hard work has paid off in other ways, too: both Jakob and Ozan are now full-time members of the umlaut e-mobility team.

For the e-Ape, too, the journey is only just beginning. Once the trio has finished its work, phase two will begin, when another group of students will install an in-house cutting-edge infotainment system. There’s even a potential third phase: to install a suite of sensors that would eventually enable the e-Ape to be adapted for autonomous driving. 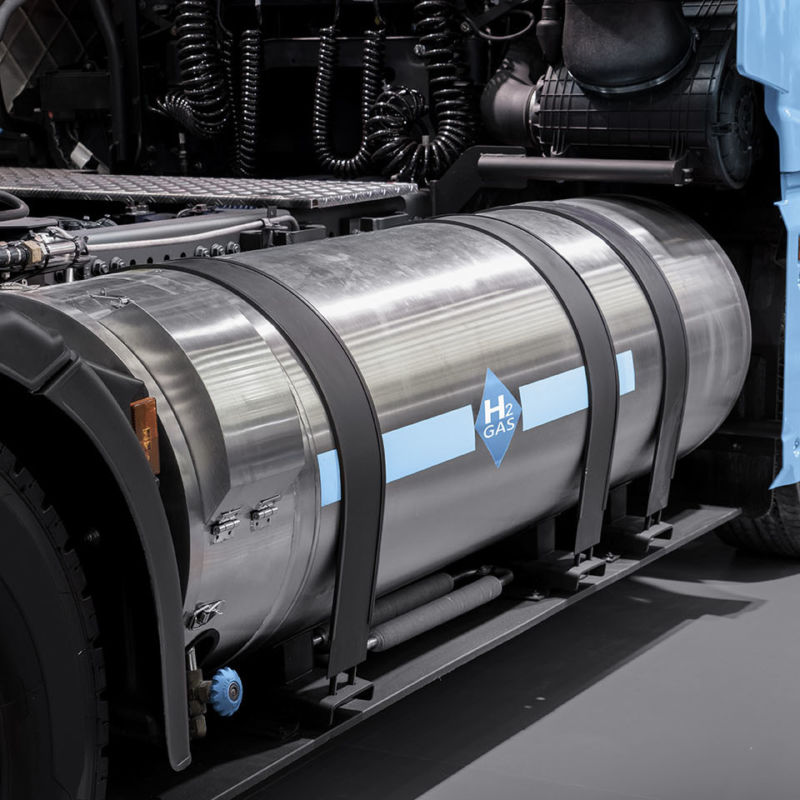 Video conferences, cloud sync or gaming: in ten years' time, commuters travelling by rail will need stable connections for up to 11.1 Gbit/s.

Video conferences, cloud sync or gaming: in ten years' time, commuters travelling by rail will need stable connections for up to 11.1 Gbit/s.